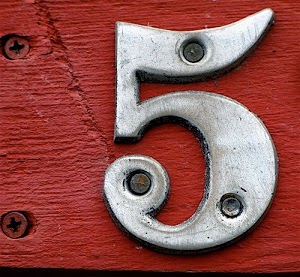 Trish of Love, Laughter and A Touch of Insanity posted a meme the other day that she'd found at Silly Little Mischief some time ago. It looked like so much fun, I thought I'd play along. Trish encouraged readers to play along and I do, too!

Five Books I've Recently Added To My TBR List:
*The Winter People by Jennifer McMahon
*We Live In Water by Jess Walter
*The Ugly Sister by Jane Fallon
*Goodnight June by Sarah Jio
*Glitter and Glue by Kelly Corrigan

Five Books I'm Planning To Read In The Near Future:


*Moon Sisters by Theresa Walsh
*The Frangipani Hotel by Violet Kupersmith
*Pagini's Ghost by Paul Adam
*Casebook: A Novel by Mona Simpson
*The Kings and Queens of Roam by Daniel Wallace

Five Books I Own But Still Haven't Read:
*The Time Traveler's Wife by Audrey Niffenegger
*Little Dorrit by Charles Dickens
*Team of Rivals by Doris Kearns Goodwin
*We Were The Mulvaneys by Joyce Carol Oates
*The Women by T. C. Boyle

Five Books From Series I Need To Continue:
*The Girl Who Played With Fire from The Girl With The Dragon Tattoo series
*In The Woods from the Murder Squad series (I actually started with book 4)
*Pardonable Lies from the Maisie Dobbs series (I've read several of the books but out of order)
*Hot Six from the Stephanie Plum series
*The Strangers On Montague Street from the Tradd Street series

Five Soon To Be Released Books That I'm Looking Forward To Reading:
*Frog Music by Emma Donoghue
*Wonderland by Stacey D'Erasmo
*Colorless Tsukuru Tazaki and His Years of Pilgrimage by Haruki Murakami
*The Snow Queen by Michael Cunningham
*Love and Treasure by Ayelet Waldman
Posted by Lisa at 1:49 PM
Email ThisBlogThis!Share to TwitterShare to FacebookShare to Pinterest