Liar Temptress Soldier Spy by Karen Abbott
Published September 2014 by Harper
Source: my copy courtesy of the publisher and TLC Book Tours in exchange for an honest review

Seventeen-year-old Belle Boyd, an avowed rebel with a dangerous temper, shot a Union soldier in her home and became a courier and spy for the Confederate army, using her considerable charms to seduce men on both sides. Emma Edmonds disguised herself as a man to enlist as a Union private named Frank Thompson, witnessing the bloodiest battles of the war and infiltrating enemy lines, all the while fearing that her past would catch up with her. The beautiful widow Rose O’Neal Greenhow engaged in affairs with powerful Northern politicians, used her young daughter to send information to Southern generals, and sailed abroad to lobby for the Confederacy, a journey that cost her more than she ever imagined. Elizabeth Van Lew, a wealthy Richmond abolitionist, hid behind her proper Southern manners as she orchestrated a far-reaching espionage ring—even placing a former slave inside the Confederate White House—right under the noses of increasingly suspicious rebel detectives.

Abbott’s pulse-quickening narrative weaves the adventures of these four forgotten daredevils into the tumultuous landscape of a broken America, evoking a secret world that will surprise even the most avid enthusiasts of Civil War–era history. With a cast of real-life characters, including Nathaniel Hawthorne, General Stonewall Jackson, Detective Allan Pinkerton, Abraham and Mary Todd Lincoln, and Emperor Napoléon III, Liar, Temptress, Soldier, Spy shines a dramatic new light on these daring—and, until now, unsung—heroines.

My Thoughts:
I had previously been aware of Rose Greenhow and recently learned about Elizabeth Van Lew (my review of The Spymistress) but I had no prior knowledge for Belle Boyd or Emma Edmonds. Let's be honest, I had not prior knowledge of a lot of the information that Abbott includes in Liar Temptress Soldier Spy. Wow, does she pack a lot of information into this book, not just information about these four ladies but about the movements and battles of the Civil War and the politics. For this girl, raised on the history of the Civil War, this book was fascinating.

Moving in chronological order, Abbott moves in and out of the stories of Boyd, Van Lew, Edmonds, and Greenhow looking at what caused them to be spies, how they were able to obtain and move the information they received, and the tremendous dangers each of them risked. Abbott also looks at how each interacted with important figures on both sides of the war including Boyd's correspondence with Confederate General Thomas "Stonewall" Jackson, Greenhow's run ins with detective Allen Pinkerton, and Van Lew's infiltration of Confederate President Jefferson Davis. Their methods varied widely - Boyd and Van Lew exploiting their sexuality while Edmonds hid hers - as did their openness about their actions. Boyd was particularly open about her hatred of the Yankees while Van Lew tried to hide behind a facade of loyalty to the Confederacy even as she funneled information and escaped prisoners north.

History fans and those who enjoy books about the impact of women on history (and make no mistake about it, these ladies made a tremendous impact), this book is well worth it's over 400 ages. Well researched and extremely thorough, Liar Temptress Solider Spy is written in narrative form that never feels dry and is thoroughly engrossing.

For other opinions about this book, check out the full book tour at TLC Book Tours. You can also listen Tom Ashbrook of NPR's "On Point" interviewing Karen Abbott here. I always enjoy listening to authors talk about their works and this just happened to be on the radio yesterday exactly when I turned it on. 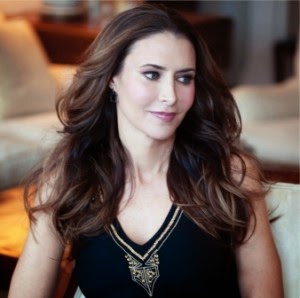 Karen Abbott is the New York Times bestselling author of Sin in the Second City and American Rose. She is a regular contributor to Smithsonian.com, and also writes for Disunion, the New York Times series about the Civil War. A native of Philadelphia, where she worked as a journalist, she now lives with her husband and two African Grey parrots in New York City.

Thanks so much to the ladies of TLC Book Tours for including me on this tour!