Lit: Uniquely Portable Magic - When Life and Reading Come Together 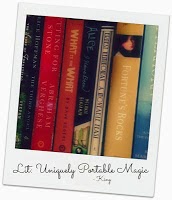 You know, if you've been reading this blog for even a few months how much I love football. I'm watching with a touch of guilt these days (the long-term brain damage to players all so I can enjoy myself) and, while I don't necessarily feel that the sport is too violent, I do have concerns about the violence of players off the field. Which, of course, is big news these days.

I was reading Ernest Hemingway's A Moveable Feast just as the
Adrian Peterson case came to light. For those of you who don't follow football or tuned out when his case was all of the news, Peterson is being investigated for one count of child abuse and was indicted on another count. I am by no means condoning what Peterson did (he has admitted to whipping his four-year-old son with a switch so many times he lost count) but I can't help but think that he may well have been "disciplined" this way himself. We're prone to parent as we were parented. And while Peterson certainly went far beyond what could, under any circumstances, be considered appropriate discipline, our society's take this type of discipline has changed tremendously since Peterson's parents and grandparents may have punished him. Which is where Hemingway comes into the picture.

Hemingway and his then wife Hadley had a little boy he called Bumby (I hope to shout that was not the child's actual name!). The two of them worked and were away from home during the day (although why Hemingway needed to leave the apartment to write in a cafe was unclear). There were, Hemingway writes, no babysitters then and it was "wrong to take a baby to a cafe in the winter...even a baby that never cried and watched everything that happened and was never bored." Their solution?


"Bumby would stay happy in his tall cage bed with his big, loving cat named F. Puss. There were people who said that it was dangerous to leave a cat with a baby. The most ignorant and prejudiced said that a cat would suck a baby's breath and kill him. Others said that a cat would lie on a baby and the cat's weight would smother him. F. Puss lay beside Bumby in the tall cage bed and watched the door with his big yellow eyes, and would let no one come near him when we were out..."

The biggest problem people who knew about this had was the cat. Never mind that the Hemingways were leaving their very young child alone all day, trapped in what even Hemingway calls a cage. People who leave their children alone for any, any, length of time these days are routinely brought up on charges. I'm not sure that Hemingway's peers would have given much thought to whipping your child with a switch. For our children's sake, thank God times have changed.
Posted by Lisa at 1:30 AM
Email ThisBlogThis!Share to TwitterShare to FacebookShare to Pinterest
Labels: Lit: Uniquely Portable Magic