Once Upon A Time X 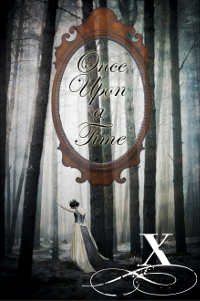 Thanks to Wendy from Musings of A Bookish Kitty, who brought it to my attention that the Once Upon A Time challenge started this week. Hosted by Carl, of Stainless Steel Droppings, is hosting the challenge for the tenth year and there are a lot of ways you can join in by reading, watching, or even gaming about fairy tales, folktales, myths, and fantasy.

There are several levels of participation:

Quest the First asks that you read five related books in the next three months.

Quest the Second requires that you read one book from each of the four genres.

Quest the Third involves you doing one of the above plus a June read of Shakespeare's A Midsummer Night's Dream or a viewing of one of the movie adaptations.

Short Story Quest is just what the name suggests and only requires that you read one or more short stories that will fit the genres.

Quest On Screen involves viewing any movie(s) that fit within the genres because, as Carl says, great stories aren't just told on the page.

Quest The Game is also just what the name suggests. I'm not a gamer so I'm clueless as to what kinds of games might fit into these categories with the exception that I know there are a lot of fantasy games. Apparently, there are also a lot of table top games you might try your hand at.

Sound like fun? No? Well, head on over to Carl's post and let him explain it. He does a much better job of it! Trust me, it's fun! 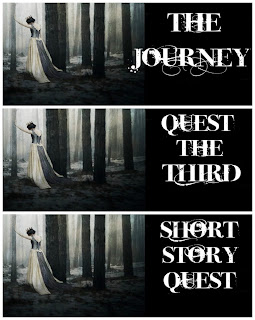 The Journey - I'll read Marissa Meyer's Cinder which I downloaded to my Nook something like two years ago.

Quest the Third - I may try to read A Midsummer Night's Dream as well but I'll definitely plan on watching at least one movie adaptation. I'd like to find the 1968 version with Diana Rigg, Helen Mirren, Ian Richardson and Ian Holm...or the 1999 version starring Kevin Kline, Rupert Everett, Michelle Pfeiffer, Stanley Tucci, and Christian Bale...and definitely Woody Allen's A Midsummer Night's Sex Comedy.

Short Story Quest - you know I've got all of these fairy tale books that have kind of gotten ignored of late, including a lovely new edition I got for Christmas from Mini-me and Miss S.

My spring is pretty busy already so I'll probably only have time for a few short stories through May but come June, I'll be all over it! Won't you join us?!


Posted by Lisa at 1:30 AM
Email ThisBlogThis!Share to TwitterShare to FacebookShare to Pinterest
Labels: reading challenges