Thirty-Eight Witnesses: The Kitty Genovese Case by A. M. Rosenthal
Published
Source: my copy courtesy of the publisher through Netgalley

Publisher's Summary:
In the early hours of March 13, 1964, twenty-eight-year-old Catherine “Kitty” Genovese was stabbed to death in the middle-class neighborhood of Kew Gardens, Queens. The attack lasted for more than a half hour—enough time for Genovese’s assailant to move his car and change hats before returning to rape and kill her just a few steps from her front door.

Yet it was not the brutality of the murder that made it international news. It was a chilling detail Police Commissioner Michael Joseph Murphy shared with A. M. Rosenthal of the New York Times: Thirty-eight of Genovese’s neighbors witnessed the assault—and none called for help. [Rosenthal said "any journalist would call this "the telling detail," the detail that would catch readers attention, rather than the brutal murder.]

To Rosenthal, who had recently returned to New York after spending a decade overseas and would become the Times’s longest-serving executive editor, that startling statistic spoke volumes about both the turbulence of the 1960s and the enduring mysteries of human nature. His impassioned coverage of the case sparked a firestorm of public indignation and led to the development of the psychological theory known as the “bystander effect.” 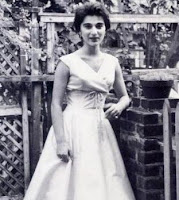 My Thoughts:
I can't remember when I first heard about the Kitty Genovese murder; it seems to be a story that comes up from time to time when we again have a case where people who might have acted to prevent a tragedy did nothing. Thirty-Eight Witnesses was originally written about a year after the murder and is just now being released with a new introduction by Mr. Rosenthal.


"Are the people who turned away that one night in Queens, each in a separate decision, any more immoral or indecent or cowardly because there happened to be thirty-eight, than if there were just one of them? Does God judge by the individual or by head count? And what if we hear the scream but cannot see the screamer? Of all questions about silent witnesses, to me this is the most important."

Rosenthal raises a lot of questions in the book about what caused so many people to remain silent, why the murder would have been more of a story initially had it occurred on Park Avenue, and why the police became the number one target immediately after the story broke. Rosenthal does a fair job of answering where he can and being clear when he is only offering an opinion. He does not attempt to imply that this is a strict recall of the facts; it is clear that Rosenthal is offering his impression of the case and its handling. He can become a bit repetitive but there is so much here that is, forty years later, still important today.


"At first there was, briefly, the reaction of shared guilt. Even people who were sure that they certainly would have acted differently felt it somehow. "Dear God, what have we come to?" a woman said one day. "We," not "they."

For in that instant of shock, the mirror showed quite clearly what was wrong, that the face of mankind was spotted with the disease of apathy - all mankind. But this was too frightening a thought to live with and soon the beholders began to set boundaries for the illness, to search frantically for causes that were external and to look for the carrier."

We are all too often stunned by violence around us, adamant that things must change. Often we bind together in times of crisis. But "we" almost always fall away from that. Remember how unified our country was fourteen years ago? Hard to remember in these divisive times.

An interesting point about the New York Times reporting of the case is that Winston Moseley's race was never mentioned. According to Rosenthal, the paper did not publish the race of a suspect if it weren't pertinent to the case. Given that this murder happened in 1964, I find this remarkable. Frankly, it would be a remarkable thing these days.

When I finished reading this little book, I had to do some more research.

Some reports say there were actually more than 38 witnesses, some say far fewer. In the case of Kitty Genovese, there weren't 38 people who actually saw her being attacked; in fact, after the first attack, only one person actually saw Winston Moseley stabbing Kitty Genovese. But there were plenty of people who heard her screams who were counted among the thirty-eight witnesses. One reporter contends that Genovese, in fact, could not have screamed after the first attack due to her wounds and that where calls to the police, none of which was documented by the police.

What hasn't changed since 1964? We still see, all too often, what became known after Genovese's assault as the Bystander Effect. And we still see people afraid to call the police or sure it will do no good.

What has changed because of the Kitty Genovese murder? Shortly after Genovese's death, New York City revamped their cumbersome telephone crime reporting system; at the time of her death, it would have been a convoluted process for anyone who heard Genovese's screams to report the attack. Eventually, though, Genovese's death would lead to the development of the 911 emergency reporting number.


"That is the power of the Genovese matter. It talks to us not about her, a subject that was barely of fleeting interest to us, but about ourselves, a subject never out of our minds."

Posted by Lisa at 1:30 AM
Email ThisBlogThis!Share to TwitterShare to FacebookShare to Pinterest
Labels: book review, crime, nonfiction