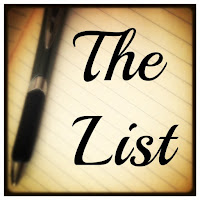 Nebraska is a small state, population-wise, the majority of it living in the two biggest cities, Omaha and Lincoln. We're proud to be the birthplace and/or home of many famous people (okay, maybe not so proud of some of them). Some of those people we're so proud of are authors. Maybe you know some of these folks?

1. Ron Hansen - author of The Assassination of Jesse James by the Coward Robert Ford (made into a movie starring Brad Pitt)

2. Roxane Gay - born in Nebraska, Gay is best known as the author of Bad Feminist and An Untamed State

4. L. Ron Hubbard (yeah, this is one we're not so proud of) - Hubbard wrote prolifically for pulp fiction magazines, mostly fantasy and science fiction works, before founding the Church of Scientology for which he is best known.

5. Nicholas Sparks - yes, THAT Nicholas Sparks, was born in Omaha and for a time lived in Grand Island, Nebraska, which is not in any way, shape, or form and island.

6. Richard Patrick Dooling - Dooling is the author of White Man's Grave which was a finalist in 1994 for the National Book Award in fiction.

7. Willa Cather - author of O, Pioneers and My Antonia, Cather is a Pulitzer Prize winner.

8. Alex Kava - best known for her Maggie O'Dell series, Kava has written 15 novels and been a contributor to a number of short story collections.

9. Timothy Schaffert - I've talked about Schaffert a lot on this blog as he is the driving force behind the Omaha Lit Fest and the author of several books, most recently The Swan Gondola.


10. Rainbow Rowell - Rowell started writing in Omaha as a columnist for the paper but gave that up to begin writing novels. As much as I enjoyed her column, I'm mighty glad she gave it up to write Eleanor and Park among others.
Posted by Lisa at 1:30 AM