A Month of Faves: Challenges 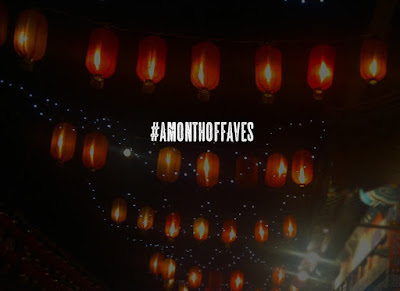 Today's prompt is Challenges: The Year End Update on Reading Challenges, Personal Goals, and Resolutions. Let's kick this off with the reading challenges, where I was more successful than usual.

In 2016, I signed up for just four reading challenges (because I know myself and know that the 13 I signed up for one year was never going to happen), the Nonfiction Reading Challenge, Diversity On The Shelf, Women Challenge #4, and #ReadMyOwnDamnBooks.

My goal for the Nonfiction Reading Challenge was to read 11-15 nonfiction books in 2016. Despite feeling like I had read as many nonfiction books as I wanted to read, I did end up reading 13, which is more than I usually read so I'm pleased. As usual, though, I'm fairly certain that I didn't once link any of the books I'd read back to the challenge page. It's my biggest drawback as a challenge participant! I'll likely participate in this challenge again in 2017, likely with the same goal just to make sure I'm at least reading a nonfiction book a month on average.

For the Diversity On The Shelf challenge, my goad was to read 1-6 books by and/or about persons of color in 2016. Which is a pretty lame goal, I must admit so I'm pleased to report that I ended up reading 11 books that qualified. Although, also slightly embarrassed to admit that I only read that number. I will definitely be signing up for this challenge again but I will not be letting myself off so easily in 2017.

Finally, the #ReadMyOwnDamnBooks challenge, where I challenged myself to read 40 books in 2016 that I already owned at the beginning of the year. You know, to clear off shelves. To reduce the number of books I bought. Picture me hanging my head in shame when I admit that I only read 21 of my own damn books in 2016. And that includes three plays. Which I read on the Serial app, not even from the books I already owned. Although most of the new books I actually bought in 2016 were ebooks or audiobooks, I still didn't read enough books off my shelves to make up for the new ones I put on them. My husband says this is a clear sign I own too many books. Which, as we all know, is not a thing. Still, it's a good idea to try to at least keep up so this will be a perpetual challenge for me. Maybe I need to keep that little icon at the top of my blog page to remind myself not to get carried away with shiny new books for review?

As for personal goals, let's just say I was more successful with the #ReadMyOwnDamnBooks challenge. To be fair to myself, I didn't really set a long list of personal goals for myself in 2016 but I had a list of things in my head that I wanted to work on, largely tied to my one word for 2016, happier.

Topping that list was to eat healthier and become more fit. Yeah, that did not happen. But, with just six months until my son's wedding, it absolutely IS happening in 2017.

The second goal was to become more organized. In working toward that goal, I started a bullet journal. It's still a work in progress but after four months, I'm ready to commit to a real journal book, not just a makeshift one. I know what I want out of the journal now and what I can do without. I'd liked to have had only one book for everything but think I will likely use three, one for life, one for blogging, and one for the wedding. In the coming year, I'd also like to "schedule" a time every week that is solely devoted to staying organized - shredding, filing, keeping the fridge cleaned out. Surely I have an hour a week to do that, right? 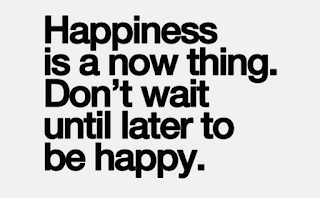 As for resolutions, I didn't set resolutions for 2016. They never work. Instead, I chose my one word with the idea to pursue the things that would make that word happen in 2016. My word was "happier." I joined an online challenge to help with that, which I neglected to realize lasted only 90 days so that was a failure. BUT...I did listen to Gretchen Rubin's podcast, Happier, on a fairly regular basis to help me find little ways to make my life easier and happier. I read her book, The Happiness Project, which may yet result in me setting up my own happiness project in 2017. I put little notes on my refrigerator, my desk at home, my desk at work that said, simply, "happier." A lot of what I do at work is talk to customer's on the phone. It's easy to let that really get me agitated. I'm not going to say that little note stopped that from happening entirely, but it helped. It helped remind me that I was not going to let someone else's anger make me angry or ruin my day. At home, it helped remind me that it was okay to sit and read if that made me happier but also to reorganize the pantry when it was starting to get out of control because I know that opening the doors to that and finding it all neat and tidy will make me happier. Lots of great things happened in my family in 2016; in that way, it was easier to be happier in 2016. It's certainly a word I could use again in 2017. It's never a bad thing to work to be happier.
Posted by Lisa at 4:42 PM
Email ThisBlogThis!Share to TwitterShare to FacebookShare to Pinterest
Labels: meme, month of faves