Born With Teeth by Kate Mulgrew 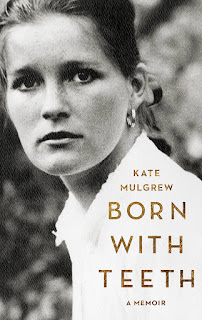 Publisher's Summary:
Raised by unconventional Irish Catholics who knew "how to drink, how to dance, how to talk, and how to stir up the devil," Kate Mulgrew grew up with poetry and drama in her bones. But in her mother, a would-be artist burdened by the endless arrival of new babies, young Kate saw the consequences of a dream deferred. Determined to pursue her own no matter the cost, at 18 she left her small Midwestern town for New York, where, studying with the legendary Stella Adler, she learned the lesson that would define her as an actress: "Use it," Adler told her. Whatever disappointment, pain, or anger life throws in your path, channel it into the work.

It was a lesson she would need. At twenty-two, just as her career was taking off, she became pregnant and gave birth to a daughter. Having already signed the adoption papers, she was allowed only a fleeting glimpse of her child. As her star continued to rise, her life became increasingly demanding and fulfilling, a whirlwind of passionate love affairs, life-saving friendships, and bone-crunching work. Through it all, Mulgrew remained haunted by the loss of her daughter, until, two decades later, she found the courage to face the past and step into the most challenging role of her life, both on and off screen.

My Thoughts:
Last week I reviewed One True Thing, a novel about a young woman who can't get away from her small town and her family fast enough. This week, it's a true story. Kate Mulgrew was very fond of her mother, very close to her family; but she knew early on that she wasn't going to give up her dreams for a family. And my goodness, did she ever go after her dream with a passion. 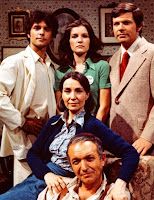 I have "known" Kate Mulgrew since I was 15. She was just 20 and was tapped to play Mary Ryan, the daughter of an Irish family that owned a bar in a new soap opera, Ryan's Hope. I rushed home everyday to watch it, to watch her. She was beautiful and her character was every bit as strong as she was. The show was a huge hit and the producers loved her so much that when she came to them to tell them she was pregnant, they wrote it into the show. Only days after she gave her daughter up for adoption, Mulgrew returned to work and did a scene with her own show baby. Listening to Mulgrew talk about that day, you can still hear the pain in her voice.

And what a voice. It's rich, deep, and honeyed with a more than a touch of whiskey...and cigarettes. I'm sure this is a wonderful memoir in print, but if you're going to "read" it, I beg of you to listen to it.  You will thank me.

Occasionally it felt like Mulgrew was doing a little too much name dropping, especially when they were names that are likely only to be very familiar to those who play close attention to the theater, where Mulgrew has spent a lot of time. But I'll forgive her that because she is also extremely honest which is always appreciated in a memoir. Mulgrew has certainly had her share of heartache but she's also lived a life filled with love, an abundance of friendships, children, and no end of the work she so dearly loves.

This book was written in 2015 so I was surprised that the book ended in 1998 just before she married her second husband and as she was reunited with the daughter she had given up twenty years earlier. Perhaps there will be another memoir. She certainly has plenty left to write about. In 2006, she lost her mother to Alzheimer's disease and in 2013 she began her run as Red in Orange Is The New Black, one of the great roles for a woman of a certain age. We can only hope.

Posted by Lisa at 1:30 AM
Email ThisBlogThis!Share to TwitterShare to FacebookShare to Pinterest
Labels: audiobook, memoir, nonfiction