The Removes by Tatjana Soli 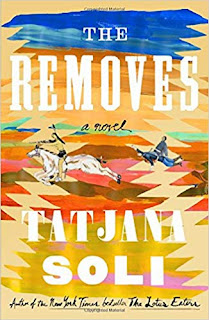 The Removes by Tatjana Soli
Published June 2018 by Sarah Crichton Books
Source: my copy courtesy of the publisher in exchange for an honest review

Publisher's Summary:
Spanning the years of the first great settlement of the West, The Removes tells the intertwining stories of fifteen-year-old Anne Cummins, frontierswoman Libbie Custer, and Libbie’s husband, the Civil War hero George Armstrong Custer. When Anne survives a surprise attack on her family’s homestead, she is thrust into a difficult life she never anticipated—living among the Cheyenne as both a captive and, eventually, a member of the tribe.

Libbie, too, is thrown into a brutal, unexpected life when she marries Custer. They move to the territories with the U.S. Army, where Libbie is challenged daily and her worldview expanded: the pampered daughter of a small-town judge, she transforms into a daring camp follower. But when what Anne and Libbie have come to know—self-reliance, freedom, danger—is suddenly altered through tragedy and loss, they realize how indelibly shaped they are by life on the treacherous, extraordinary American plains.


My Thoughts:
I became a fan of Soli's when I read her first novel, The Lotus Eaters, in 2010. For me, it's hard to live up to that (Soli's 2015 effort, The Last Good Paradise, did not). But I was more than willing to give Soli another chance, especially when the topic of the book so interests me. This time, my expectation were lower and I was not disappointed.

Like The Lotus Eaters, Soli has combined the story of women with the story of war and the men who wage it with a landscape that contributes heavily to the story. Like that book, the narrative here moves back and forth between characters which can be a bit jarring.

The violence in Soli's story is vivid and never-ending - the violence between the North and the South, between Indians and settlers, Indians and soldiers, men on women, and the land on those who live on the frontier. It's tough to read and Soli hits you with it right from the beginning when the settlement where 15-year-old Annie lives is attacked by Cheyenne warriors and she is taken captive.

Soli always does her research and, as much as I can tell, hews pretty closely to the facts of the Custers' lives, which gave me a chance to see George (or Autie, as those how knew him best called him) in a different light. He didn't necessarily fare any better in my opinion of him but I felt like I came away with a idea of why he might have become the man he became. Sadly, much of his portions of the book were the parts where the book dragged some.

Mostly, this is the story of those women, Libbie and Annie and how they survive life on the great American frontier. I'm always interested to read books about women in historical settings, as they play such a small role in history books and the circumstances of these women's lives were particularly interesting, if heartbreaking.

When my copy fell into the bathtub before I had even read a page, I imagined that it would be a book I'd pass along to others. I mean, who wants to read a slightly warped book with about a third of its pages having the texture of parchment? Oh well, they're going to have to get over it. Because, even if this doesn't quite live up to The Lotus Eaters for me, it's still a book with some much to recommend it, particularly for those who like books set in the American West. 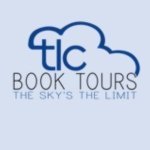 For other opinions, check out the full tour. Thanks to the ladies at TLC Book Tours for including me on this tour.

Tatjana Soli is the bestselling author of The Lotus Eaters, The Forgetting Tree, and The Last Good Paradise. Her work has been awarded the UK’s James Tait Black Prize and been a finalist for the Los Angeles Times Book Award. Her books have also been twice listed as a New York Times Notable Book. She lives on the Monterey Peninsula of California.
Posted by Lisa at 12:09 AM
Email ThisBlogThis!Share to TwitterShare to FacebookShare to Pinterest
Labels: book review, historical fiction, TLC Book Tours, U.S. history