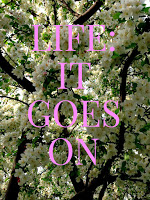 It's an absolutely glorious morning here. It would be the perfect Sunday morning to spend lazily enjoying breakfast on the patio except that our neighbor started mowing right about the time we decided to eat. Nothing says summer has arrived quite like the suburbs coming alive early in the morning to the sounds of yard work getting done before it gets too hot!

Listened To: Cynthia D'Aprix Sweeney's The Nest which I decided on while I was waiting for my next hold to come in which was supposed to be in a couple of weeks. It arrived three days later. But I was half way through The Nest by then so I didn't want to give up on that. Now I'm hoping to get through it in time to have time to listen to Marlon James' Black Leopard Red Wolf before it gets returned. 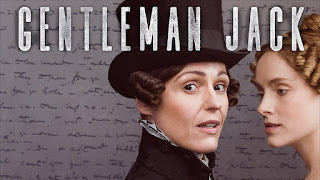 Watched: The Big Ten baseball tournament, the first episode of Gentleman Jack (quite liked it and am looking forward to watching more), and the final two episodes of this season's Grace and Frankie. Not sure how I'm feeling about that show this season - it's starting to feel played out and isn't as funny.

Read: A book I was supposed to read for review had to be rescheduled which left me with the chance to pull something older off the shelves (and my shelves, I mean my Nook). I'm racing through Jennie Shortridge's Love, Water, Memory. It has me doing research on amnesia and you know how much I like books that make me dig deeper!

Made: Quite possibly the best homemade mac 'n' cheese I've ever made. Which I will never be able to replicate because I just threw in whatever cheeses I had in the fridge in whatever quantity I had. I'm certainly willing to work hard to try to replicate it!

Enjoyed: Lots of time with my kids this week.

Planning: On spending the next couple of days rearranging and redecorating the better part of my basement to turn it into a living room for Miss H. Artwork is being changed out, slipcovers have been made, and rugs are being switched. Then it's on to her room which is sorely in need of a paint job and will need a decorating refresh since we've pulled out the things we're using downstairs.

Thinking About: Making some changes.

Feeling: Proud of Miss H who celebrated a milestone this week.

Looking forward to: My goodness - another quiet week!

Question of the week: Will you be attending Memorial Day services this weekend?

Posted by Lisa at 10:50 AM
Email ThisBlogThis!Share to TwitterShare to FacebookShare to Pinterest
Labels: Life: It Goes On