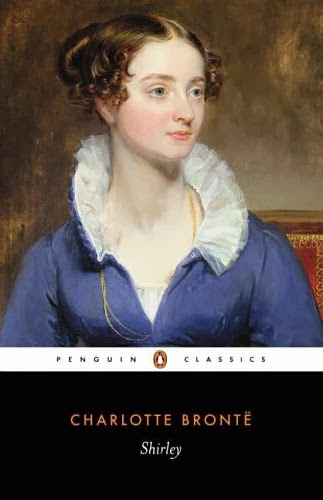 Summary:
Set in the industrializing England of the Napoleonic wars and Luddite revolts of 1811-12, Shirley (1849) is the story of two contrasting heroines. One is the shy Caroline Helstone, who is trapped in the oppressive atmosphere of a Yorkshire rectory and whose bare life symbolizes the plight of single women in the nineteenth century. The other is the vivacious Shirley Keeldar, who inherits a local estate and whose wealth liberates her from convention.

My Thoughts:
First things first - if you ever consider reading this book, read it. Do not listen to it. It is incredibly slow going and Bronte is as much about making social commentary as she is about telling a story. This was also my first real disappointment with Librivox; in a book this long, there were a LOT of narrators and some of them were really not good making it even more difficult to stay focused on this book.

Jane Eyre is one of my all-time favorite books and I so wanted to love this one, too. But Shirley is an entirely different kind of book. Bronte doesn't even introduce readers to the eponymous Shirley until Chapter 11; much of the first ten chapters focused on setting up the political and religious atmosphere of the area and introducing characters that were primarily involved in the book for that purpose only. To be honest, to the end I felt like the book should have been titled "Caroline" rather than Shirley.

Perhaps if I had had some idea what the book was about before I started it, and almost certainly if I had read the book instead of listening to it, I would have appreciated it more. Bronte's given her reader much to consider in Shirley including the economic impact of the industrial revolution, the role of women in society, the role of the clergy in rural England, and class structure. It even helped me put some of my favorite books into a better historical context. The treatment of "the help" really stood out for me in this one. More than once it was suggested that the serving girl walk a gentlewoman home because it's not safe for the gentlewoman to be on her own. Apparently, though, it was perfectly acceptable for a young working girl to do so.

If there weren't at least a thousand books I want to read, I might try reading Shirley in print. But there are, so I never will. I'd much rather find the time to reread Jane Eyre  and fall in love with Charlotte Bronte again.