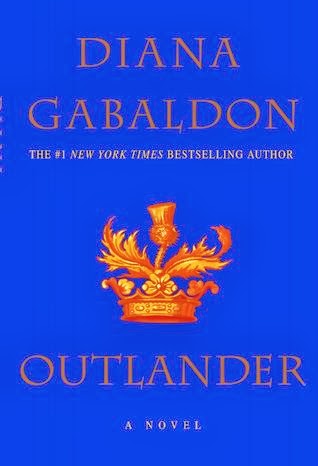 Publisher's Summary:
Claire Randall is leading a double life. She has a husband in one century, and a lover in another...

In 1945, Claire Randall, a former combat nurse, is back from the war and reunited with her husband on a second honeymoon—when she innocently touches a boulder in one of the ancient stone circles that dot the British Isles. Suddenly she is a Sassenach—an "outlander"—in a Scotland torn by war and raiding border clans in the year of our Lord...1743.

Hurled back in time by forces she cannot understand, Claire's destiny in soon inextricably intertwined with Clan MacKenzie and the forbidden Castle Leoch. She is catapulted without warning into the intrigues of lairds and spies that may threaten her life ...and shatter her heart. For here, James Fraser, a gallant young Scots warrior, shows her a passion so fierce and a love so absolute that Claire becomes a woman torn between fidelity and desire...and between two vastly different men in two irreconcilable lives.

Her husband is two centuries away, she is related to her lover's mortal enemy, and her neighbors think she's a witch.


My Thoughts:
Sometimes I stumble across a book and pick it up because I'm drawn into it by the publisher's blurb alone. Sometimes I'll read a book because I get caught up in all of the buzz about it. And then there's Outlander which I was forced (yes, forced!) to read. I'm looking at you, Cheryl.

I had never heard of this series until I started blogging and two things about it immediately put me off: time travel and the fact that it was part of a series that, at that time, was six novels and over 7000 pages long. I had no intention of starting something that might suck me into that much of a commitment.

But some people are persistent and when I found it was a Nook Daily Deal for only a couple of bucks, I bought it. A Goodreads readalong scheduled for February and March convinced me to read it sooner rather than later.

Soooo....yeah, after 764 pages, I'm not really sure how I feel about Outlander.

On the one hand, it turned out that the time travel thing didn't really bother me (although I think it might if I continued with the series). In fact, I enjoyed seeing how Claire juggled her modern sensibilities and medical knowledge with the knowledge that she couldn't let the truth about where she came from be known. Certainly it is a rollicking adventure, filled with intrigue, narrow escapes, very bad guys, and lots and lots of sex (frankly, well more of it than I needed to read about but which I know a lot of people really enjoy about this book!).

What held me back, then, from thoroughly enjoying Outlander? The violence and brutality. I know, I know, it was a much different time and place. Still, three attempted rapes on the same character seemed excessive to me. And when Jaime literally beats Claire to teach her a lesson, my feminist hackles were raised, especially when she forgave him and he admitted to being turned on by it. Later he even says to her "...dinna suppose anyone's tried to hurt ye on purpose before, Sassenach." What??? He had just don't exactly that earlier! Don't even get me started on all of the brutality inflicted on Jaime. And every bit of every scene of violence is told with excoriating detail, including what it takes to try to mend the damage. It began to feel more than a little gratuitous to me.

The question now becomes, will I continue the series? You know by now that I'm not good about reading series any way, so even if I had loved this book, the chances are good that I never will pick up Dragonfly In Amber (the second book in the series). But...there's a part of me that really does want to see how Claire deals with the dilemma of changing the past and her own past (which is actually the future). And will she ever go back to Frank, her first husband? I suppose it comes down to this - if Dragonfly In Amber shows up as a Nook Daily Deal or on Barnes and Noble's clearance shelves or someone puts a copy in my hand, yes, I'll read it.

What might make me change my mind? The upcoming Starz series by the same name. The scenery, sets and casting look great and I'm a sucker for anything set in Scotland. Heck, the actor playing both Jack and Frank Randall even comes from the same clan as my ancestors. Now I just have to talk The Big Guy into paying the extra for the Starz channels! 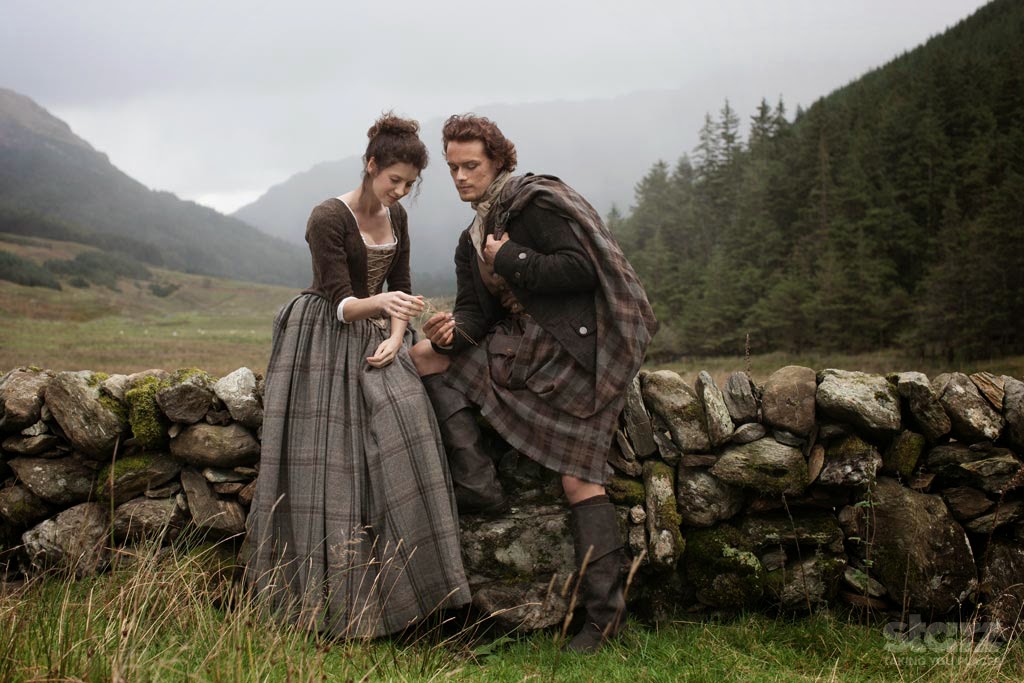