The Moon Sisters by Therese Walsh 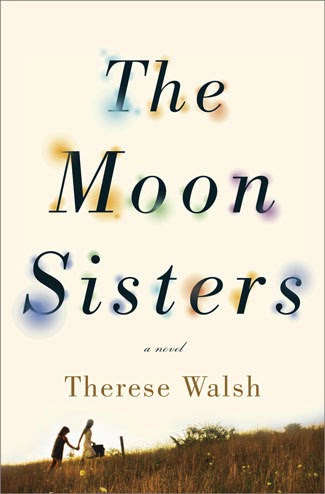 The Moon Sisters by Therese Walsh
Published March 2014 by Crown
Source: my copy courtesy of the publisher and TLC Book Tours in exchange for an honest review

Publisher's Summary:
After their mother’s probable suicide, sisters Olivia and Jazz take steps to move on with their lives. Jazz, logical and forward-thinking, decides to get a new job, but spirited, strong-willed Olivia—who can see sounds, taste words, and smell sights—is determined to travel to the remote setting of their mother’s unfinished novel to lay her spirit properly to rest. Already resentful of Olivia’s foolish quest and her family’s insistence upon her involvement, Jazz is further aggravated when they run into trouble along the way and Olivia latches to a worldly train-hopper who warns he shouldn’t be trusted. As they near their destination, the tension builds between the two sisters, each hiding something from the other, until they are finally forced to face everything between them and decide what is really important.


My Thoughts:
I don't recall what it was about the pitch from Lisa at TLC Book Tours that made me interested in reading this book; almost as soon as I started reading it, though, I thought I'd made a mistake. In fact, I kept wondering, early on, if I would even finish it. Because even though there's not actually magical realism in the book, there is the feel of it and if you've read this blog long enough, you know I have a problem with magical realism. Ron Rash (Serena) has taught me to love the Appalachian mountains, though, so the story of a family living in a small town in West Virginia intrigued me enough to keep me reading. Plus, it's a book primarily about the relationship between sisters and I'm always interested in books that deal with that complex relationship.

The book wasn't without problems for me. Train hoppers that turn out to be really great guys who will go out of their way to help a couple of girls, for example. I'm not saying there aren't perfectly nice people who ride the rails, but I'm betting that the majority of them are a lot less likely to accept strangers into their trust than the people Jazz and Olivia met were. Some things were just too tidy for me - despite the fact that Hobbs, who the girls meet on the train - is a train hopper, it turns out he's just happened to come near to home again despite circumstances that should rightly have had him running the other way.

Still, as these two sisters danced around each other and their relationship with their trouble mother, I started to get over the fact that I felt like Olivia was a flake and that Jazz was one hundred percent correct to be fed up with having to look out for her. Both sisters struggled with guilt over their mother's death, kept secrets from each other trying to protect themselves and their mother, and both had no idea how to deal with the other. By having both sisters narrate the book, Walsh allows us to know, and understand, both of them and hold out hope they will also come to understand each other (which, let's be honest, we know they ultimately will). 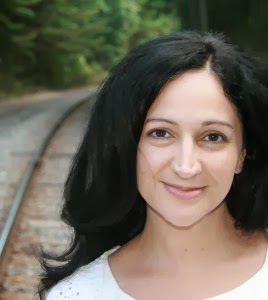 The book covers a wide range of themes: love of many types, mental health, alcoholism, family relationships, and the impact "home" can have on a person. For a story just over 300 pages, Walsh packs a lot into her story. At times it was a bit too much for me but in the end I was not disappointed to have read this story about what it means to accept people for who they are.

For other opinions about this book, check out the full tour. Thanks to the ladies at TLC Book Tours for including me on this tour. THERESE WALSH is the author of The Last Will of Moira Leahy and the cofounder of Writer Unboxed. She lives in upstate New York with her husband and two children.
Posted by Lisa at 1:30 AM
Email ThisBlogThis!Share to TwitterShare to FacebookShare to Pinterest