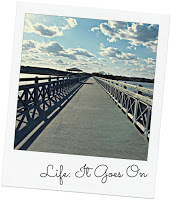 School may be starting up this week, and people say that's the end of summer, but this girl is not going down without a fight. It's still August, I still need to sleep in my summer jammies, and it's still too hot most evenings to build a fire for roasting marshmallow, although we do that anyway. So that picture on the left is staying, at least until the end of this month!

I've had this weekend all to myself, while The Big Guy is off celebrating his 40th high school reunion. For some people this means reconnecting with people you haven't seen in years. For BG, this means seeing people he hasn't seen since the last class reunion just five years ago, or last weekend when we went out to dinner with them. His class has remained remarkably close and his closest friends remain those boys he befriended when he moved to the town he graduated from at 14 and some of the people who most often do things with. We should all be so lucky!

Listened To: Mostly the podcast S*Town. It's been very much like listening to the audio version of a narrative fiction book. I have really enjoyed it, but it's certainly not for everyone. My mom, for example, would hate it. I may even review it. 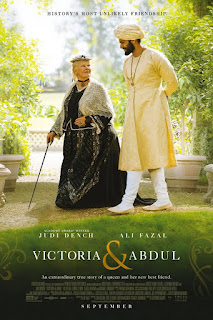 Watched: When BG's gone for some hours, I generally leave the television off. When he's gone for days, I take that occasion to watch and watch the things I want to watch that he will not like. So this weekend, I've watched a documentary about Hedy Lamarr; The Center Will Not Hold, a documentary about author Joan Didion; three episodes of Sharp Objects, so dark and disturbing that I could only watch it when it was light out; Victoria and Abdul, starring Judy Dench; and  the movie adaptations, on Netflix, of The Guernsey Literary and Potato Peel Society and Anna Karenina.  I'll be reviewing everything I've watched that's book related sometime this week. 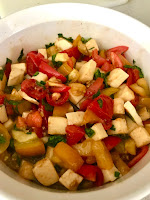 Read: I'm finishing Homegoing for book club this week (such a tough read!) and I'm still working on All The Single Ladies which is a book I think all women should read and share
generously with the men in their lives.

Made: BLT's with a tomato big enough that one slice was enough to cover the entire slice of bread, a new marinade for steaks I grilled last night, cucumber dip with a cucumber from our garden, and tomato and mozzarella salad with fresh picked tomatoes and basil from the garden.

Enjoyed: Dinner with work friends; it was so nice that work didn't come up at all.

Planning: On working on some painting and furniture refinishing projects. 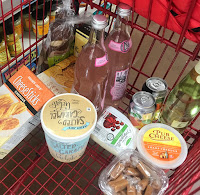 Thinking About: How I should never go to Trader Joe's again when I am both hungry and about to have the house to myself for the weekend. My cart Friday included gelato, cookies, pretzel bread, two kinds of cheese, caramels, beer and wine. As I said on Instagram, I was like an eight-year-old run amok!

Feeling: Not gonna lie, if Miss H and her boyfriend hadn't come for dinner and football last night, I'd be getting lonely about now. But don't tell BG because I told him I'd be happy to have 48 hours to myself!

Looking forward to: Book club on Tuesday. We'll be discussing Yaa Gyasi's Homegoing. Have you read it? It's an eye opener.

Question of the week: If you ran amok in the grocery store like I did on Friday, what would be in your cart?
Posted by Lisa at 1:30 AM