Claire's place in life is as much about her position in her family as it is by the fact that she's reached the point in life where most adults begin to ponder what they've accomplished in their life. Claire is the daughter of the great photographer Paul Switzer, whom she has had a rough relationship with and mother of Bailey, whose talent Claire is at once immensely impressed by and quietly envious of.

Claire herself is a well-respected food photographer, in demand by no less a food powerhouse than Martha Stewart. Were it not for her father and his shadow, Claire would very likely feel wonderful about what she's accomplished. But while Claire feels competent, comfortable that she knows what will look good when it comes to working with food, she wants so much more for herself. She wants to be like her father, a genius, but he had made it clear to her years earlier that she was not one.

""How a genius for seeing can skip a generation just like blue eyes or a dimpled chin," he said."

His voice was smooth, polished. I had the distinct feeling that although I had never heard him speak those words, he had said them many times- to his lovers and wives, his friends and associates - but not to me, never to me. I felt something collapse inside me. It caved in, it crumbled, somewhere near my heart. At the same time, I tasted the sharp tang of truth."

When Paul dies, it throws Claire into something of a tailspin. In Paul's will, he took one last stab at Claire's psyche - he left power over his work after his death to Bailey. For Claire it would have been his apology, instead it's one more reason for her to resent both her father and Bailey.


"My dad died at an incredibly inconvenient time, and I have no doubt that he planned it that way on purpose. ..His timing also seemed designed as a turbo boost for the only other person who he believed had been touched by God in the same way he had been...That person was my daughter..."

"I felt rage at him and shame that I was glad he was gone. I felt jealous of Bailey - of her talent, her confidence, her luck, her easy relationship with my dad and the world. For years and years, I'd been pushing that emotion down, telling myself that what I was feeling was not jealousy, but something different - a mix of maternal anxiety and pride."


It's those feelings that drive this book as Claire deals with the aftermath of her father's death and the rise of her Bailey's acclaim. No one writes about the feelings of woman as well as Jennie Nash, and she did not disappoint with the character of Claire. Watching her battle, from the middle place, her feelings about both her father and her daughter, Claire made me alternately want to shake her and hug her. Her relationship with husband, Harrison rings true, as Nash's marriages always do, as well.

I had two quibbles with this book: a scene where Claire chooses to take a photograph in a situation where I felt uncomfortable about her doing it and a pervading sense of Nash wanting us to understand that this family has money. But they are minor problems that didn't distract from my overall impression of this book. Nash sent me this book a couple of years ago at the same time that she sent me a manuscript of The Threadbare Heart. Knowing that it was the last of Nash's books for me to read, I've put off reading it, not knowing when Nash's next book might be published. When I saw on Nash's website that she sent off a completed draft of her next novel to her publisher, I knew it was time to read this one. It was worth the wait! 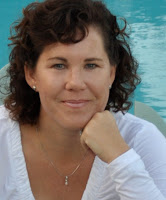 Posted by Lisa at 6:00 AM
Email ThisBlogThis!Share to TwitterShare to FacebookShare to Pinterest
Labels: book review, women's fiction