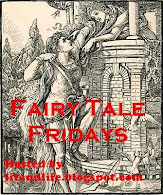 You've probably notice a dearth of Fairy Tale Friday posts of late. There are, basically, two reasons for that. I'm not burned out on blogging but I'm unwilling, right now at least, to put in the kind of time required to be posting as many times a week as I used to post. As much as I love it, there are just so many other things that I either need or want to spend time doing.

Then, too, I really haven't been reading very many fairy tales recently. Okay, none. For some reason I just haven't been interested in them of late. Maybe it had gotten to be too much of a job for a while. This week I've gotten excited about fairy tales again thanks to Alice Hoffman and Carolyn Turgeon. 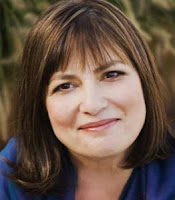 Hoffman is best known for her books containing magical realism (Practical Magic, which was turned into a movie starring Sandra Bullock and Nicole Kidman, being, perhaps, her best known), not as a writer of fairy tales. But in The Ice Queen which I recently finished, fairy tales played a big role. Hoffman's protagonist often referred to the Grimm Brother's fairy tales, preferring them to Hans Christian Andersen's because she:

"preferred tales in which selfish girls who lost their way needed to hack through brambles in order to reach home, and thoughtless, heedless brothers were turned into donkeys and swans, fleas itching like made under their skin..."

Hoffman wrote "Fairy-tale logic can be intractable or fluid, and the hero never know which it is. Especially if the hero is a rational man." I was, once again, reminded of part of the reason I love fairy tales, both old and new.

The very day I finished The Ice Queen, fired up to begin reading fairy tales again, Carolyn Turgeon's latest modern retelling of a classic tale arrived in my mailbox. Turgeon is becoming well known her takes on fairy tales and is the author of Godmother and Mermaid. I got to her talk about her writing two years ago at the Omaha Lit Fest. In The Fairest of Them All, Turgeon takes on the tales of both Rapunzel and Snow White. I can't wait to get to this one and to revisit my beloved fairy tale collections!
Posted by Lisa at 1:30 AM
Email ThisBlogThis!Share to TwitterShare to FacebookShare to Pinterest