Fairy tales continue to pique the interest of Hollywood and the television industry with a spate of new movies coming up and a spin-off of ABC's Once Upon A Time set in Wonderland scheduled to start this fall. While I've enjoyed the television shows, the movies have, largely, been a disappointment (Snow White and The Huntsman, any one?).

Disney is currently at work on four new movies including live-action adaptations of "Into The Woods," "Cinderella," and a Sleeping Beauty spin-off, "Maleficent," as well as introducing a new animated princess.

Rob Marshall's production of Stephen Sondheim's "Into The Woods" is well on its way to being fully cast and is already in rehearsals. Johnny Depp, Anna Kendrick, Emily Blount and Meryl Streep are signed on to star. Fans of the movie adaptation "Les Miserables" will be happy to see that Daniel Huttlestone (Gavroche) is slated to play Jack (of the beanstalk fame). 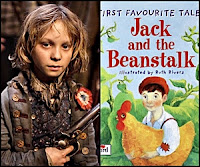 Marshall is probably best known for "Chicago" which was a wonderful adaptation of the Broadway show but his last adaptation, "Nine" was much less successful. In his defense, how many people even knew that musical? Well, me, because I saw it on my honeymoon and I did really enjoy the movie. This being Disney, the question is how much will they sanitize the show? How does Disney deal with the attempted rape of a young girl? 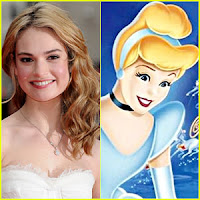 "Cinderella" will be an adaptation of Disney's own 1950 classic animated tale but some twists and more of Cinderella's background. I must say, I have high hopes for this one. Kenneth Branagh is directing and I've got great respect for this work (well, except for "Dead Again"). Cate Blanchette is set to play Lady Tremaine, the wicked stepmother and Helena Bonham Carter is to play the Fairy Godmother. Cinderella herself will be played by Lily James who is best known to American audiences as cousin Rose in "Downtown Abbey."

"Frozen" will introduce Disney's latest princess, Anna, the Ice Princess. It's scheduled to be release November 2013 and is the epic journey of Anna as she searches for her sister who has unintentionally trapped a kingdom in ice. The story is Nordic inspired but I'm unable to find a basis for the tale in traditional fairy tales.

Finally, Angelina Jolie will take on the title role in "Maleficent,"  a spin-off of Disney's 1959 animated version of the Sleeping Beauty tale. Here's well get the story from Maleficent's point of view and find out just what made her so angry that she wanted to kill poor little Princess Aurora. Elle Fanning will star as the grown-up Aurora but Jolie's own daughter, Vivienne, will star as a toddler version of our heroine. The movie is scheduled for release in March 2014.

“Maleficent” is the untold story of Disney’s most iconic villain from the 1959 classic “Sleeping Beauty.” A beautiful, pure-hearted young woman, Maleficent has an idyllic life growing up in a peaceable forest kingdom, until one day when an invading army threatens the harmony of the land. Maleficent rises to be the land’s fiercest protector, but she ultimately suffers a ruthless betrayal—an act that begins to turn her pure heart to stone. Bent on revenge, Maleficent faces an epic battle with the invading king’s successor and, as a result, places a curse upon his newborn infant Aurora. As the child grows, Maleficent realizes that Aurora holds the key to peace in the kingdom—and perhaps to Maleficent’s true happiness as well."


Clearly, the powers that be have decided the American public is no where near finished with fairy tales and my hope is that they've finally figured out the right way to bring the stories to the big screen.