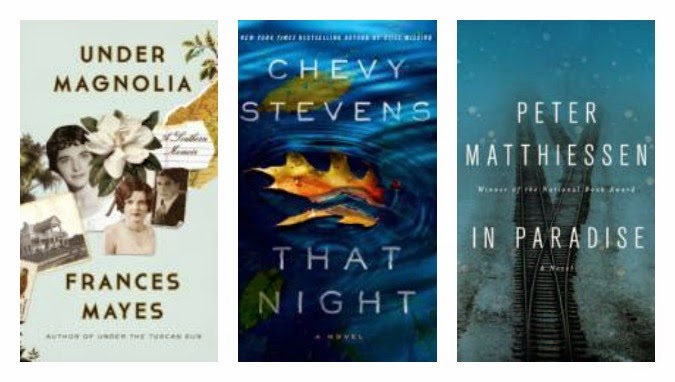 It's a bad thing to put more books on your wish list than you finish in a week. Yet, here I am adding three more books to my wish list. This week I'm adding:

1. Under Magnolia by Frances Mayes -
The author of three beloved books about her life in Italy, including UNDER THE TUSCAN SUN and EVERY DAY IN TUSCANY, Frances Mayes revisits the turning points that defined her early years in Fitzgerald, Georgia. With her signature style and grace, Mayes explores the power of landscape, the idea of home, and the lasting force of a chaotic and loving family.

2. That Night by Chevy Stevens - Toni Murphy is finally leaving prison after fifteen years. Jailed for a crime she didn't commit, the murder of her sister, she just wants to get on with her life. But her ex-boyfriend Ryan, who was also set up for the murder, is determined to clear their name and get revenge on those who wronged them.

3. In Paradise by Peter Mattiessen -
In the winter of 1996, more than a hundred individuals gather at the site of a former concentration camp for a weeklong retreat during which they will offer prayer and witness at the crematoria and meditate in all weathers on the selection platform, while eating and sleeping in the quarters of the Nazi officers who sent more than a million Jews to their deaths. Clements Olin, an American academic of Polish descent, is forced to abandon his observer’s role and embrace a history his family has long suppressed. 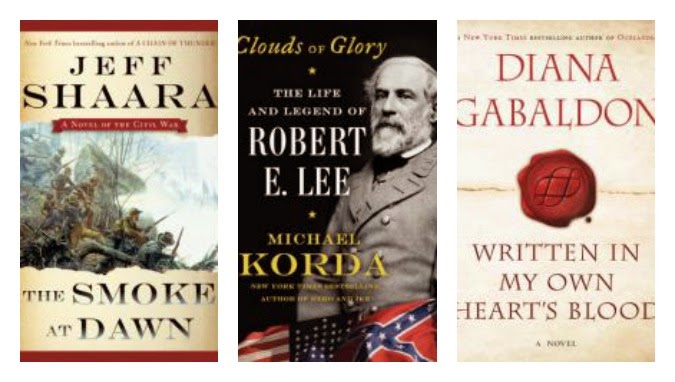 I'm adding a couple to my dad's wish list as well this week (he's an avid reader of Civil War books): The Smoke At Dawn by Jeff Shaara and Clouds of Glory: The Life and Legend of Robert E. Lee by Michael Korda.

And for all of you Outlander fans who aren't bloggers and already know when the next book in the series is coming out, mark your calendars for June 10 for the arrival of Written In My Own Heart's Blood.

Have you added any new books to your wish list this week?
Posted by Lisa at 11:47 PM
Email ThisBlogThis!Share to TwitterShare to FacebookShare to Pinterest
Labels: Lit: Uniquely Portable Magic