Last Night At The Blue Angel by Rebecca Rotert 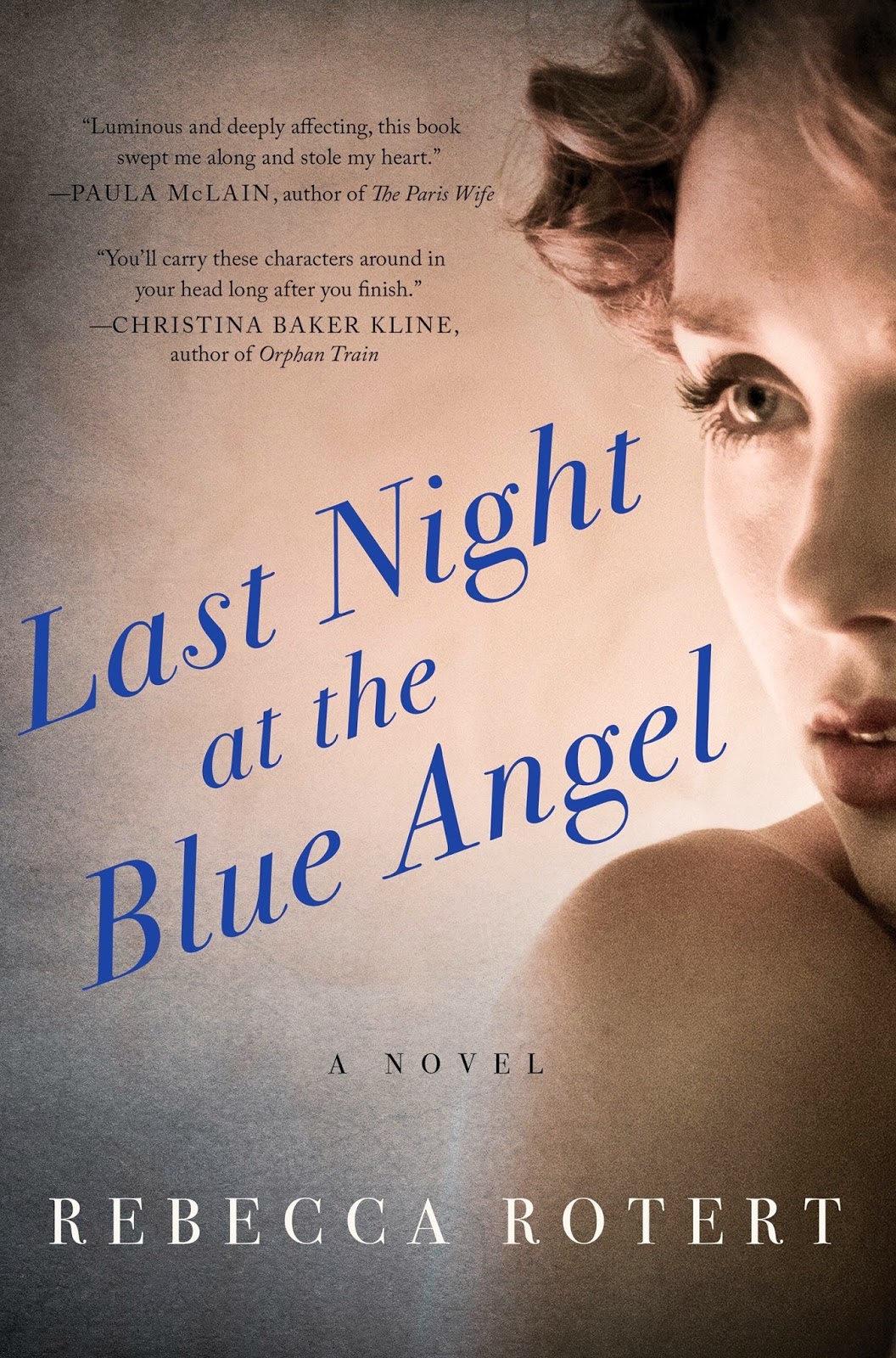 Last Night At The Blue Angel by Rebecca Rotert
Published  July 2014 by HarperCollins; paperback release April 2015 by William Morrow Paperbacks
Source: I bought my copy at the Omaha Lit Fest and had it autographed!

Publisher's Summary:
It is the early 1960s, and Chicago is teeming with the tensions of the day—segregation, sexual experimentation, the Cold War, and Vietnam—but it is also home to some of the country's most influential jazz. Naomi Hill, a singer at the Blue Angel club, has been poised on the brink of stardom for nearly ten years. But when her big break, the cover of Look magazine, finally arrives, it carries with it an enormous personal cost. Sensual and magnetic, Naomi is a fiercely ambitious yet self-destructive woman whose charms tend to hurt those around her, and no one knows this better than her daughter, Sophia.

As the only child of a single mother growing up in an adult world, Sophia is wise beyond her years, a casualty of her mother's desperate struggle for fame and adoration. Her only constant is the colorful and unconventional family that surrounds them, particularly the photographer Jim who is Sophia's best friend, surrogate father, and protector—but Jim is also deeply in love with Naomi. 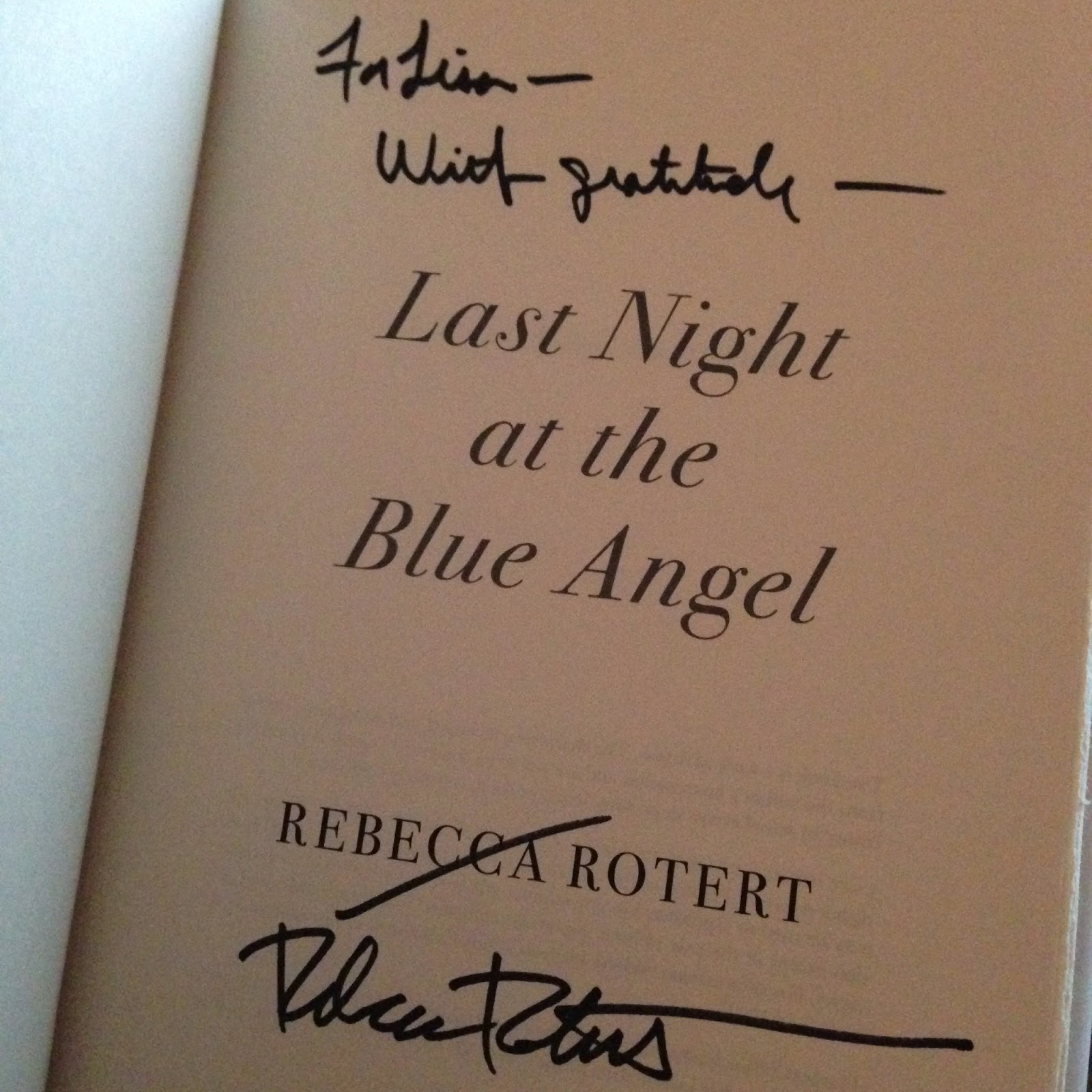 
"Mother is a singer. I live in her dark margins."

Do you remember the scene from the movie "Jerry Maguire" when Renee Zellweger's character says to Tom Cruise's character "You had me at hello?" That's the way I felt when I read those first two sentences of Chapter 1. Rotert's debut is beautifully written, filled with characters who will stay with me for a long time.

Told through a dual narrative, Rotert uses Sophia's voice to tell the story of their life in early 1960's Chicago while Naomi's past is seen through Sophie's eyes. It goes a long way to helping readers understand Naomi, not to look at her as an abusive parent, a woman who raises her daughter in a run-down apartment building, keeps her up late into the night, brings strangers home to spend the night and who is utterly absorbed in herself and her career. Instead we come to understand her need to desire to rise above the poverty of her youth, her need for love and her inability to accept it.


"I love David or perhaps I just found a way to matter to him, to be noticed. He has made me feel small and I hate him for that but I also long for him. I'm embarrassed."

Sophia adores Naomi, craves her attention, treasures the rare moments her mother notices her. She is what might be called "precocious," except so often means a child who is overly confident in her own abilities, exceptional in every way. But while Sophie is deeply perceptive, she is also very real - she struggles with math, worries about having friends, and carries around a notebook where she keeps a list of all of the things she will need to know how to make in case of nuclear disaster. Fortunately, she is surrounded by people who love her and try to make sure she gets what she needs. My favorite relationship was the one between Sophie and Jim, a man deeply in love with Naomi who acted as a pseudo-father for Sophia. Naomi may be the star on stage but Sophie is the heart and soul of this book.

I've owned this book since last fall; I bought it with the intention of reading it immediately but, as so often happens, it got set aside. Then the ladies at TLC asked me if I'd like to be on a tour for the book. "I'd love to and I already own the book," I eagerly replied! Thanks to them for giving me the push to pick up the book; I simply loved it. It's hard to believe it is Rotert's debut novel. Last fall Rotert said she writes what haunts her. After reading Last Night At The Blue Angel, it will haunt me as well. For other opinions on the book, check out the full tour.

In speaking about music in this book, last fall at the Omaha Lit Fest, Rotert said that she was raised on the American songbook so had Naomi raised this way as well so that she could use the music to show generational tensions. She said that authors have to choose what not to give their characters as well as what to give them. She chose not to give Naomi the chance to have her own voice, the ability to express herself only in song. Naomi was then left to express herself only through others which made her a less healthy person intentionally. Rotert said that in using music in her book, it was about trusting the reader to understand that the references advance the story even if they don't know the music. Despite all of the music in the book, Rotert said she writes in quiet. 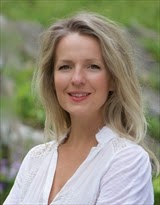 Rebecca Rotert received an M.A. in literature from Hollins College, where she was the recipient of the Academy of American Poets prize. Her writing has appeared in the New York Times and other publications. She’s also an experienced singer and songwriter, who has performed with several bands, and a teacher with the Nebraska Writers Collective. She lives in Omaha, Nebraska.

I'm a little giddy about the kind of writing talent Omaha is turning out these days: Timothy Shaffert, Rainbow Rowell, and now Rebecca Rotert are all writers I'm delighted to share this city with. Maybe there's something in the water. Perhaps it's time to consider writing that novel?!
Posted by Lisa at 1:30 AM
Email ThisBlogThis!Share to TwitterShare to FacebookShare to Pinterest
Labels: book review, literary fiction, Omaha author, Omaha Lit Fest, TLC Book Tours