Read All About It! Colonies Form Union - Break Away From England!

Here in the Unites States, we call it the Revolution. In Britain, they call it the Rebellion. Of course, I prefer the former. But when you look around the world and see "rebels" trying to overthrow governments, remember that 239 years ago that's just what Thomas Jefferson, Thomas Paine, John Adams, Benjamin Franklin, John Hancock and their band of brothers and sisters were doing. Sure you learned all about it in school but if you really want to learn the truth, there are plenty of books to choose from. 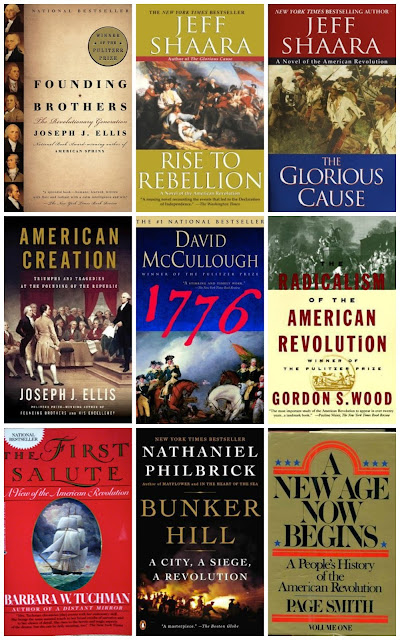 You can hardly go wrong picking up a book by Joseph Ellis, Jeff Shaara, David McCullough, or Page Smith but don't stop there. There is always something new to be learned, surprisingly. 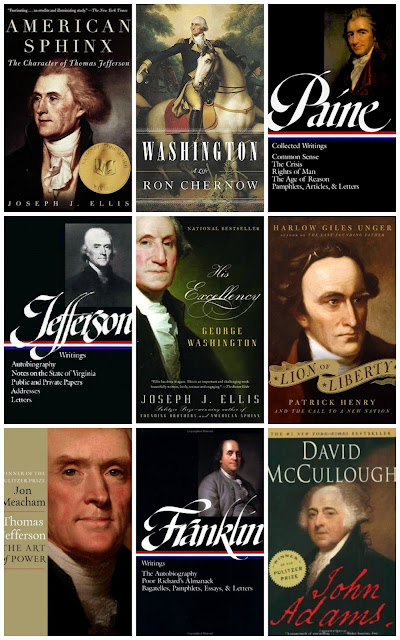 The men are certainly well covered by books and it's interesting to be able to read their actual writings. Don't stop with these well known books - there are a number that discuss the contributions of Benedict Arnold before he betrayed the cause, books about the men from other countries who helped the revolutionaries, and those lesser-known founding fathers who played major roles in the founding of our country. 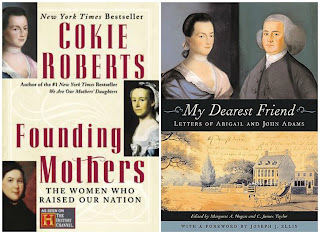 And let's don't forget the ladies! Of course, we're all familiar with Abigail Adams. But there were women behind most of those founding fathers who made it possible for them to go off and do what they did and who often found themselves in the position of defending their homes on their own.

Now where did I put my copy of Nathaniel Philbrick's Bunker Hill??
Posted by Lisa at 12:33 PM
Email ThisBlogThis!Share to TwitterShare to FacebookShare to Pinterest