**First, an apology - I was meant to have reviewed this book on August 24. I completely lost track of time and hadn't even started it by then. Thanks, Trish, for not reaching through the interwebs and smacking me upside the head!

Publisher's Summary:
For Madeline Illica, the love of her husband Ben was her greatest blessing and biggest curse. Brilliant and charming, Ben could turn into a raging bull when crossed—and despite her training as a social worker Maddy never knew what would cross him. When Ben was in a conciliatory mood, they worked on techniques for communication and anger management, but on the day of the accident, nothing seemed to help.


My Thoughts:
This is the third novel by Randy Sue Meyers I've read (The Comfort of Lies and The Murderer's Daughters). I just couldn't connect with the former after having been impressed with the later. Still, I was interested in giving Meyers another chance because she always writes about women in very difficult situations and I wanted to see where she would go this time. In fact, I didn't even read the summary of this one when I asked to be included on the tour. Which worked out really well for me. In fact, if you decide this is one you might be interested in, I recommend you immediately start forgetting what it's about. The unfolding of the story is so interesting that way.

What I went into the novel expecting was strictly the story of a marriage (although I should have known it would be more than that coming from Meyers) and, in the beginning, that's what Meyers set up - a husband with a terrible anger problem, a wife so cowed by him that she medicates herself to deal with it even as she counsels other women stuff in abusive relationships. Then the foreshadowing begins and the reader knows something very bad is going to happen.

And here's where you'll really just want to skip to the end if you want to go into this one entirely blind. Ben's temper is the underlying, but not ultimate, cause of a traffic accident the result of which is Maddy suffering from a traumatic brain injury. Meyers has done her research on traumatic brain injury and the slow recovery from it. The struggle to help Maddy recover feels very real with family and friends all trying to help but not always being helpful, with children trying to come to terms with the new person that used to be their mom, and with the tremendous amount of work it takes to keep a household running while caring for someone who can't care for themselves. It takes a toll on everyone involved. Let's be honest, no one really knows how much a mom does to keep the household running (even one like Maddy who isn't the greatest at keeping things running smoothly) until she can't do it and it's easy to relate to what might happen then.

Along the way, Meyers touches on infidelity, drug use, and the love of power. Throughout it all, though, Meyers keeps the focus on the relationship between Ben and Maddy, a relationship that shifts and changes throughout Maddy's recovery. The love, the miscommunication, the abuse, the hate, the reliance, the need - it's all there and Meyer's does a terrific job of taking readers along for the journey.

The drama of Randy Susan Meyers’ novels is informed by her work with families impacted by emotional and family violence. 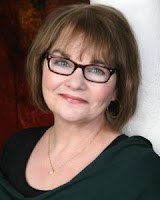 Her newest novel, Accidents of Marriage, examines the slippery definitions of emotional abuse and explores tragic circumstances forcing a family to challenge the dynamics that have long-defined them.

Randy is a founding member of Beyond The Margins, a site dedicated to the craft of writing and the business of publishing, and coauthored the guide, What To Do Before Your Book Launch, with writer M.J. Rose. She lives in Boston with her husband, where she teaches at Grub Street Writer’s Center.