The Kennedy Debutante by Kerri Maher

The Kennedy Debutante by Kerri Maher
Published October 2018 by Penguin Publishing Group
Source: my ecopy courtesy of the publisher, through Netgalley, in exchange for an honest review

Publisher's Summary:
London, 1938. The effervescent "It girl" of London society since her father was named the ambassador, Kathleen "Kick" Kennedy moves in rarified circles, rubbing satin-covered elbows with some of the 20th century's most powerful figures. Eager to escape the watchful eye of her strict mother, Rose, the antics of her older brothers, Jack and Joe, and the erratic behavior of her sister Rosemary, Kick is ready to strike out on her own and is soon swept off her feet by Billy Hartington, the future Duke of Devonshire.

But their love is forbidden, as Kick's devout Catholic family and Billy's staunchly Protestant one would never approve their match. When war breaks like a tidal wave across her world, Billy is ripped from her arms as the Kennedys are forced to return to the States. Kick gets work as a journalist and joins the Red Cross to get back to England, where she will have to decide where her true loyalties lie--with family or with love . . . 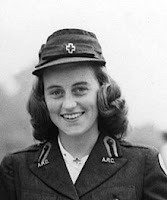 The Kennedy Debutante is, first and foremost, a love story. But it is a love story featuring a largely unknown member of the most famous family in America. It is a Capulet/Montegue love story with it's battle between the Irish-American Catholic Kennedys and the English Protestant Hartingtons. It's also a love story set during a time of world war. Most importantly, it's the story of a young girl coming of age and spreading her wings in extremely unusual conditions.

Fans of historical fiction are going to enjoy this book with its blend of American royalty and old school artistocracy. Those wanting to learn more about the Kennedy family will find plenty to learn here (Maher has hewed closely to the facts as they are known). Kick, as portrayed by Maher, is a young woman yearning to make her own way in life but one who is also deeply fond of her family and of her faith. Maher focuses on six years of Kick's life, from her debut in front of the Queen of England at age 18 until her return to England after the death of her husband when she was only 24 years old. My, but did she live a full life in those six years. In addition to making her mother happy with her "duties," Kick volunteered prior to the war and returned during the war to work with the Red Cross to provide comfort to soldiers. During her time in the U.S., she lived on her own and worked at a newspaper, rising to become a reporter. 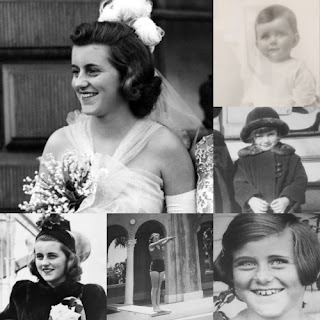 While Maher does a good job of showing Kick's full life in this time period, her focus throughout is Kick's love of Billy Hartington. It was a complicated relationship, what with their different backgrounds, different religions, and his desire to serve his country. But I did feel that Maher could have made the love story a bit tighter. It sometimes felt, to me, like a lot of handwringing and unnecessary back and forth.

Still, Maher kept me entertained and made me want to learn more about Kick. If you look up Kathleen "Kick" Kennedy (and you know I did!), you will most often find her referred to as the "forgotten" Kennedy or the "rebellious" Kennedy. Maher wants readers to know and understand Kick, how love drove her to marry outside her faith (something that was unheard of in 1944), how constricted she felt playing the traditional socialite female roles. Considering the life she lead, it's hard to believe that Kick came to be forgotten. Until you remember her last name and the tragedy of her three older siblings (Joe Jr., Rosemary, and Jack) and her younger brother (Robert) and that she died when she was only 28 years old.
Posted by Lisa at 1:30 AM
Email ThisBlogThis!Share to TwitterShare to FacebookShare to Pinterest
Labels: book review, Britain, historical fiction, Kennedy, netgalley, U.S. history, World War II