An Unfinished Score by Elise Blackwell

One evening, as she is preparing dinner for her husband, roommate and best friend Petra, and Petra's daughter, Adele, Suzanne learns of the crash of an airliner. Among the passengers, is the well-known conductor Alex Elling--who also happens to be Suzanne's lover. Suzanne must deal with her grief all on her own because she has told no one of the affair, not even Petra, who relies on Suzanne to help raise Adele.

"Suzanne watches them, grateful that they are safe on the ground, yet also afraid of their emotional compasses, each tricky in its different way, each seeming to point at her, all the time as though she is true north."


Suzanne finds herself having a harder and harder time dealing with being everyone's true north as she struggles with her loss, complicated further when she begins receiving calls from a woman who tells Suzanne on the first call that Suzanne owes her "a great deal." Suzanne is convinced the calls are coming from Alex's wife, Olivia. When she receives a piece of musical score that is partially written in Alex's handwriting, she knows that she must confront Olivia and so she goes to Chicago to see exactly what Olivia wants. It turns out that Olivia has a viola concerto that Alex had begun composing for Suzanne (a concert violist) and Olivia blackmails Suzanne into helping her finish it. Suzanne soon finds it more difficult to carry on this new version of a double life than the version she was carrying on when Alex was alive as Olivia becomes more and more manipulative, as Suzanne becomes more and more lost in the work and as Petra's demands regarding Adele's deafness become more and more pressing.

I read Blackwell's The Unnatural History of Cypress Parish last fall and loved it. So I knew when I saw that An Unfinished Score was coming out that I would want to read it. It doesn't hurt that Unbridled Books is Blackwell's publisher and I know that when I pick up a book from Unbridled Books it will be unique and thoughtful. This book is no exception. Blackwell has packed this book with things for the reader to think about: infidelity, friendship, rivalry, grief, vengeance, the world of classical music and dealing with deafness in a world filled with sound. 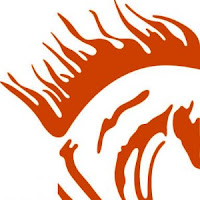 And that was part of my problem with this novel--it sometimes felt like Blackwell may have tried to cover too much ground. The story can sometimes disappear under the weight of the discussion about classical composers, particular musical pieces and performances, cochlear implants and the debate over them.

All of this made it hard for me to become attached to the characters. Right off the bat, I was sure that I would feel sympathy for Suzanne. It was clear that she and her husband didn't have much of a marriage, that he was emotionally distant, and I could understand why she may have strayed from her marriage vows. Ben once said to Suzanne, "Don't turn into one of those women who go daffy on their dogs when they don't have a baby" because of Suzanne's interest in Adele (Suzanne having miscarried a child).

""Adele is not a dog," she said, but as is common with the most cutting of remakes, she not only hated him for its cruelty but believed in its accuracy.

Suzanne sometimes thinks that if Ben had not said that single sentence she would have forgiven everything else, endured the emotional distance that was there from the beginning, stayed more or less happily married, resisted Alex's gaze."


But then the story got lost a bit in explanations and it wasn't until sixty pages in that I really began to see Suzanne dealing with her grief and started to feel a bond with her and she struggled with that and Petra's demands.


"She does the things that have to be done. She attends rehearsals. She practices. She brings food home from the grocery store, helps with Adele, tidies the house, writes check to the water company and the phone company, buys stamps. She tries to keep up with her online life...Yet she notices things slipping through the cracks in her concentration. She cleans the bathroom but forgets the shower or the mirror."

Blackwell's prose did not disappoint and kept me wanting to read on. When Suzanne finally meets Olivia, the story really began to pick up for me and I enjoyed watching the two of them interact right from their first meeting at Olivia's front door. Suzanne finds Olivia to be intimidating from the moment she opens the door and is feeling disheveled and frizzy.

"As if to prove her unworthiness, Suzanne says, "You are not what I expected."

"It's funny you should say so, because you are precisely what I expected," Olivia pulls the door open wider..."


Publisher's Weekly called the writing "a big turn-off." I disagree completely. I find the writing to be the strength of the story. Newspages.com says this is "not a novel to get lost in. It is a tough novel, well-written, with major and minor themes coursing through it to carry the plot." And there I agree; you will not sit down with this one and plow through it in one reading. It takes work to get through it but, ultimately, the reader is rewarded. 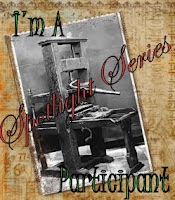