Let's just get straight to it this week. I'm pretty sure Dickens was trying to make me mad (by either definition) with the chapters we read this week. It was either love it or hate it.

What I Liked This Week: Things finally are coming to a head with the relationships between Tulkinghorn and Lady Dedlock and Mr. Jarndyce and Esther and the feelings between the two pairs could not be any more different! It's going to be fun watching what happens with both love and hate as we move forward.

What I Didn't Like This Week: For a good part of two of this week's chapters, I was bored senseless. I get it, Charles, you really, really dislike government and the legal system. Enough already.

Still, Dickens is a master at expressing his opinions on the subjects of government and the legal system so, I suppose, he can be forgiven in taking pleasure in writing about it: 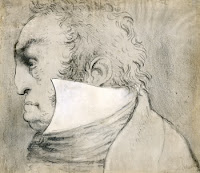