The Cove by Ron Rash

The Cove by Ron Rash
Published April 2012 by Ecco
Source: my copy courtesy of the publisher and TLC Book Tours

In a dark cove, deep in the Appalachian mountains, Laurel Shelton has lived a lonely life. Born with a birthmark the locals deem to be the mark of a witch, Laurel has spent the years since her parents' deaths mostly alone except for her brother, Hank, with only the hope of something more.

Then a stranger appears in the woods, with only a flute and a note explaining that his name is Walter, he can't talk and he is bound for New York. When Laurel discovers Walter nearly dead from yellow jacket stings, she brings him to the cabin where she convinces Hank to help her save him. As Walter heals and begins to become a part of life on the farm, Laurel begins to imagine a life with Walter.

As much as I would love to keep talking about this book, I will instead caution you not to read too much about this book before you pick it up. Do not, do not, read the publisher's blurb. Because you really should read this book and it really should take you by surprise. Be forewarned, much gushing is about to ensue.

Rash's Serena was one of my favorite books of 2009. The story and the voices from that book have stayed with me for more than two years so I was both eager and anxious to read The Cove. Just as he did with Serena, Rash has created a story with an underlying tension throughout. I knew, I knew, that very bad things were going to happen so I imagined all of the ways Rash might take the book. Not one of them was right; the man is a genius at taking his books in directions the reader will not see coming.

Rash never loses control of his large cast and when their diverse paths begin to come together, it feels natural. His characters are both astounding and utterly ordinary and believable. Rash masterfully addresses small town prejudices, patriotism and propaganda, and hope against all odds. The book has it's flaws, to be sure. Some characters could have been developed more, others less. There is a long detour about a ship that seems unnecessary. All is forgiven, though, because Rash's lyrical prose is just that good. 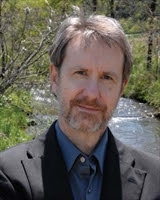 The Cove is a book I couldn't put down and was sorry to see end. For other opinions about this book, check out the full tour. Ron Rash is the author of the 2009 PEN/Faulkner Finalist and New York Times bestselling novel, Serena, in addition to three other prizewinning novels, One Foot in Eden, Saints at the River, and The World Made Straight; three collections of poems; and four collections of stories, among them Burning Bright, which won the 2010 Frank O'Connor International Short Story Award, and Chemistry and Other Stories, which was a finalist for the 2007 PEN/Faulkner Award. Twice the recipient of the O.Henry Prize, he teaches at Western Carolina University.