The Dressmaker of Khair Khana by Gayle Tzemach Lemmon

The Dressmaker of Khair Khana by Gayle Tzemach Lemmon
Published March 2011 by HarperCollins Publishers
Source: my copy courtesy of the publisher and TLC Book Tours

When the Taliban rode into Kabul in 1996 it wasn't as if they were seizing control of city where peace reigned and people went about their business without worry. Afghanistan had been a country in turmoil since the monarchy was overthrown in 1973. Within a year of a 1978 military coup, the U.S.S.R had moved into the country in force. Ten years later, the U.S.-supported Mujahideen toppled the Soviets but the void left behind led to years of civil war. Still, nothing could have prepared the residents of Kabul for the changes to their world the Taliban immediately began making.

Through all of the years of turmoil, Woja Abdul Sidiqi continued to believe in his country and instilled the importance of education in all eleven of his children, including his daughter, Kamila. Yet when the Taliban took control of Kabul, Kamila and her eight sisters could now longer go to school. In fact, they could no longer hold jobs, could no longer be seen out in public unless they were completely covered by a garment called a chadri and were accompanied by a male member of their own family, and could no longer speak to any male who was not a relative. They were regularly beaten for infringements as small as showing a wrist, speaking a bit too loudly, wearing the wrong shoes.

When both Woja, his wife and their oldest son were forced to flee Kabul, their daughters were left to fend for themselves. It didn't take long for then teenaged Kamila to realize that their money would not last long without a bread earner in the house and she was certain that she was not the kind of person who could just sit in the house day after day. One day she struck upon the idea of becoming a seamstress, a job she could do at home. Enlisting her oldest sister to teach her to sew, and her young brother to accompany her to the market to sell her goods, Kamila was soon making enough money to support her family but it wasn't enough of her. Quickly Kamila found ways to help other women support their own families, first through hiring them to help her family, then by starting a sewing school and eventually working with the UN to reach even more women.

Kamila Sidiqi is an astonishing young woman, the kind of woman that makes you wonder what kind of inner strength you might find in yourself if the circumstances called for it. Every day she and her family risked beatings and prison, yet Kamila persevered. She learned to work within the confines of the Taliban regime and how to deal with them when the need arose.

In 2005, Gayle Tzemach Lemmon, who was then a journalist, went in search of stories about women who not only survived war-torn countries but flourished as business women who not only supported their own families but whose work helped to rebuild their countries. Kamila Sidiqi's story was just the thing she was looking for and over the next few years, Lemmon became a part of the Sidiqi family as she explored the story of Kamila's commitment to her fellow woman. 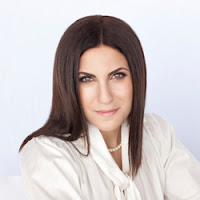 The Dressmaker of Khair Khana is narrative nonfiction that pulls the reader in immediately. The book did feel as though it got bogged down a bit in the details early on and later I sometimes felt as if the book were racing ahead of itself. These are minor quibbles.Lemmon has crafted a book where the fear is so palpable that as I was reading I was often afraid to keep going so frightened was I of what might happen to Kamila and her family. I am deeply in awe of what Kamila Sidiqi has accomplished and grateful to Lemmon for bringing not only her story, but the stories of so many like her, to light.

To learn more about Gayle Lemmon, Kamila Sidiqi and groups that are working to help women world wide, visit Lemmon's website. For other opinions about the book, check out the full list of tour sites at TLC Book Tours.