It's a beautiful, sunny morning here with the promise of warmer temps to come! I've got some bookish links for you today and one link that's just plain eye candy that has nothing to do with books but I just loved it and wanted to share!

The Reader's Advisor Online has come out with a list of discussable women's literature for book clubs that they say are under the radar. The books were all so familiar to me from reading blogs that I found it hard to believe they could be considered "under the radar." I guess that may say something for our reach as bloggers.

BookBrowse has an interesting article about the author as advocate. Cathy Buchanan, author of The Day The Falls Stood Still, has become passionately involved in the fight against a high rise development that's being proposed on property right next to Niagara Falls. For those of you who have read the book, the development would be on the land currently occupied the Loretto Academy. The hotel would be so tall that it would cast a shadow over the falls and increase the number of rain-like days in the area. If you're interested in learning more, check out Friends of Niagara Falls.

NPR has come out with a list of the 100 Best Fictional Characters Since 1900. Interestingly the list comes from Book magazine's March/April 2002 but is only just coming to light. Topping the list is Jay Gatsby from F. Scott Fitzgerald's "The Great Gatsby." Three of James Joyce's characters appear in the top ten. Also appearing--Toad from The Wind In The Willows, The Cat from The Cat In The Hat, Pooh and Eeyore from Winnie The Pooh, and Charlotte from Charlotte's Web.

From The Millions, comes a comparison of book covers. I find it so interesting that publishers think that a book will have universal appeal but that covers won't. I found that I was often drawn more to the covers as published in the U.K. What do you think? 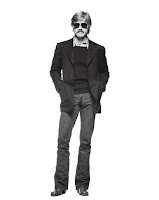 Sorry guys, this last link isn't really for you--well, unless you're looking for some style icons to emulate. It's GQ's list of The 50 Most Stylish Leading Men of the Past Half Century. The list includes everyone from Cary Grant and David Niven to Daniel Day-Lewis and Johnny Depp.
Posted by Lisa at 10:53 AM
Email ThisBlogThis!Share to TwitterShare to FacebookShare to Pinterest
Labels: Sunday Salon