I'll Take You There by Wally Lamb 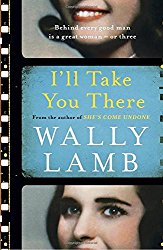 I'll Take You There by Wally Lamb
Published November 2016 by Harper
Source: my copy courtesy of the publisher and TLC Book Tours in exchange for an honest review

Publisher's Summary:
I’ll Take You There centers on Felix, a film scholar who runs a Monday night movie club in what was once a vaudeville theater. One evening, while setting up a film in the projectionist booth, he’s confronted by the ghost of Lois Weber, a trailblazing motion picture director from Hollywood’s silent film era. Lois invites Felix to revisit—and in some cases relive—scenes from his past as they are projected onto the cinema’s big screen. 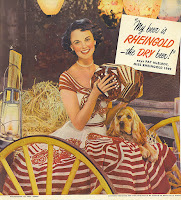 In these magical movies, the medium of film becomes the lens for Felix to reflect on the women who profoundly impacted his life. There’s his daughter Aliza, a Gen Y writer for New York Magazine who is trying to align her post-modern feminist beliefs with her lofty career ambitions; his sister, Frances, with whom he once shared a complicated bond of kindness and cruelty; and Verna, a fiery would-be contender for the 1951 Miss Rheingold competition, a beauty contest sponsored by a Brooklyn-based beer manufacturer that became a marketing phenomenon for two decades. At first unnerved by these ethereal apparitions, Felix comes to look forward to his encounters with Lois, who is later joined by the spirits of other celluloid muses.

My Thoughts:
I'm not sure I know where to start. I'm actually not sure exactly how I feel about this book. I agreed to read and review it solely based on Lamb's name with no idea what it was about.

For twenty-seven pages, Lamb had me. And then ghosts. Hmmm. Okay, I decided, give it a chance. At that point, I decided this was going to be a book where we looked back on Felix's life as Lois walked him through films of his life. That worked for me; I could imagine it all leading to a revelation about Felix's life, a lesson he needed to learn.

I was wrong. And I was really confused about what Lamb was trying to say for most of the rest of the book. Here's one case where I would have been better served to have read the publisher's summary before reading the book. Had I known going in that Lamb's purpose was to focus on the women, I might better have understood when things seemed to become disjointed.

So here we have a book about women, written by a man, with a man as the central figure. It's not that Lamb didn't do a respectable job telling the women's stories. Verna's story, in particular, was well told. Maybe Lamb's purpose of using Felix to tell the story was to show the effect of these women on a man, but that wasn't clear to me. Perhaps I'm touchy right now; my feminist core is a little tender. But if we're going to tell women's stories, why can't they be centered around a woman?

In the end, my initial concern about the ghosts as a device turned out to be valid. For me, it was a gimmick that didn't really work and one that cause the book to feel more disjointed than to tie the pieces together. 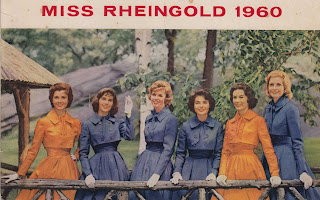 But Lamb is a formidable writer, no doubt about it. The relationships between Felix and Aliza and Felix and Frances were wonderfully written and Lamb managed to tell a lot of women's stories in one book. The Miss Rheingold competition was an actual competition, one Lamb used throughout many of the stories and I wondered if might have been able to use that as the device to spin everything out from rather than the ghosts/films. I liked a lot about I'll Take You There but I came away feeling like I could have liked it more.

But that's just me. For more opinions about this book, check out the full TLC Book tour here. Thanks to the ladies at TLC for including me on the tour; no matter how I end up feeling about a book, they always make sure I'm pushing myself and that's a good thing.

Wally Lamb is the author of four previous novels, including the New York Times and national bestseller The Hour I First Believed and Wishin’ and Hopin’, a bestselling novella. His first two works of fiction, She’s Come Undone and I Know This Much Is True, were both number-one New York Times bestsellers and Oprah’s Book Club selections. He lives in Connecticut with his wife, Christine. The Lambs are the parents of three sons.

Posted by Lisa at 1:30 AM
Email ThisBlogThis!Share to TwitterShare to FacebookShare to Pinterest
Labels: book review, fiction, TLC Book Tours