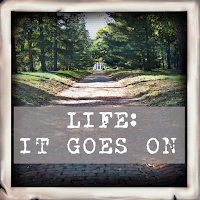 At least I hope it does.

It's been a rough week, made that much tougher by some of my Facebook "friends" and coworkers. No one gets to tell me how I should feel about the outcome of the election, no one who has spent the past eight years being negative about the president gets to tell me I should embrace the president elect, and don't bother trying to tell me that the protesters have no reason to be protesting (although I abhor the violence that some of them have resorted to). They have every right to exercise their First Amendment rights as long as they do it peacefully. Fortunately, I've found some ways to start feeling like I'm making a difference, from a small thing like wearing a safety pin as a daily accessory to making contributions to causes that are important to me. And then I have to hope for the best. I'll get off my soap box now.

Listening To: I finished NW Friday and started Rachel Kushner's The Flamethrowers. I ended up liking NW much better than I thought I might but would really commend it in print when you're better able to appreciate the writing even though the readers did a fine job.

Watching: The usual. I had the house to myself yesterday for nine hours and should have used it to catch up on some stuff on Netflix but opted for quiet instead.

Reading: I finally finished Fingersmith which I very much enjoyed despite it taking me so long to finish. I'm racing through Fates and Furies to finish it before my book club meets this week and then I'm back to Butter which I'm reading for both Nonfiction November and Fall Feasting. And for the simple fact that the title is Butter.

Making: Yesterday and slow cooked a pork loin then immediately started a hamburger vegetable soup while the crock pot was still hot and filled with the juices from the loin (I took a picture, but it really doesn't look as good as it smells or tastes). I'll freeze half the soup. I'm really trying to prep for the winter evenings.

Planning: Healthy lunches and snacks - Miss H and I will use today to shop and prep for healthy, easy lunch and snack options for this week. We've less than eight months to get ourselves wedding ready!

Thinking About: See above. Also, my book club's reading list for next year. I had fun with this year's them of Love and Learning so I'm pondering a theme for next year as well. Possibly Friends and Family or Females and Feminists. 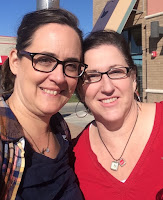 Enjoying: Getting to meet Lisa of Books Lists Life! We've known each other for seven years or so through blogging and often talked about trying to get together sometime when she's traveling south but have never been able to make it work. So excited that we finally could! It was just like having lunch with someone I haven't seen in a while since we already know so much about each others lives.

Feeling: Also see about - shocked, sad, scared, angry. Working hard to get back to even keel without losing momentum to move forward.

Looking forward to: Book club this week. I skipped out on a happy hour with my girlfriends the other day because my mood was so vile so I am really ready for some girl time!

Question of the week: Have you ever been to The Container Store? We had one open recently which I've been avoiding like the plague because I'm a sucker for containers - baskets, bins, boxes, I need them all. I went the other day to pick up containers for Miss H and my lunches. Let's just say that it is dangerously close to my office.

Posted by Lisa at 12:44 AM
Email ThisBlogThis!Share to TwitterShare to FacebookShare to Pinterest
Labels: Life: It Goes On