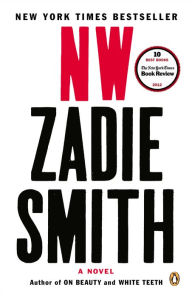 Publisher's Summary:
This is the story of a city.

The northwest corner of a city. Here you’ll find guests and hosts, those with power and those without it, people who live somewhere special and others who live nowhere at all. And many people in between...

Every city is like this. Cheek-by-jowl living. Separate worlds.

And then there are the visitations: the rare times a stranger crosses a threshold without permission or warning, causing a disruption in the whole system. Like the April afternoon a woman came to Leah Hanwell’s door, seeking help, disturbing the peace, forcing Leah out of her isolation…

Zadie Smith’s brilliant tragi-comic new novel follows four Londoners - Leah, Natalie, Felix and Nathan – as they try to make adult lives outside of Caldwell, the council estate of their childhood. From private houses to public parks, at work and at play, their London is a complicated place, as beautiful as it is brutal, where the thoroughfares hide the back alleys and taking the high road can sometimes lead you to a dead end.

My Thoughts:
If you've been reading my Sunday posts the past couple of weeks, you'll know that this book challenged me, in no small part because I was listening to it. Which is not to say that the readers did a poor job. On the contrary, they both did an excellent job. It's just that Smith has not written a traditional novel with NW and it requires a reader's full attention. Ron Charles, of the Washington Post, said of NW:


"At times, reading NW is like running past a fence, catching only strips of light from the scene on the other side. Smith makes no accommodation for the distracted reader—or even the reader who demands a clear itinerary."

I do nearly all of my book listening while I'm driving; I'm definitely a distracted reader. Eventually, though, as the characters became familiar to me, as I because used to the rhythm and style of Smith's writing, I began to feel like I was keeping up with the story. Even so, this is a book to hold in your hands to read...maybe as a read/listen combo because, seriously, in this dialogue heavy book, getting the accents really helped set the scene. Am I going in circles here?

When I finished this book, I assumed I was finished with it. I'd write my review, I'd donate the audiobook to charity and that would be that. But these characters are staying with me. The reasons for their actions continue to have me thinking. Were the things they did in part because of their impoverished background, were they products of their cultures? I'll probably still send my audiobook off into the world. But I might just pick up a print copy. Because Natalie, in particular, is really stuck in my head. And that's never a bad thing.

Posted by Lisa at 1:30 AM
Email ThisBlogThis!Share to TwitterShare to FacebookShare to Pinterest
Labels: audiobook, book review, England